July 1, 2014
The first two questions you ask when you're looking for a hostel are:
"Do you have a bed for us?" and "Do you have heat?" and if you're really feeling lucky..."Do you have hot water? Do you have WiFi?"
Energy is really expensive in Chile which is one of the reasons why a large percentage of the popuation was in favor of the hydroelectric megaproject, HidroAysen, that I am here to learn about.  Currently most people heat their houses with wood and cook with wood burning stoves, and recently importing wood has become very expensive. People burn wet or green wood or even resort to burning their trash to keep their houses warm and thier stoves burning.
When we arrived at hostels the rooms were un-heated, but would warm up quickly once they got a fire started.
...but occasionally the fire goes out in the middle of the night and you wake up like this:
Even the Abominable Snowman wished there was more heat! 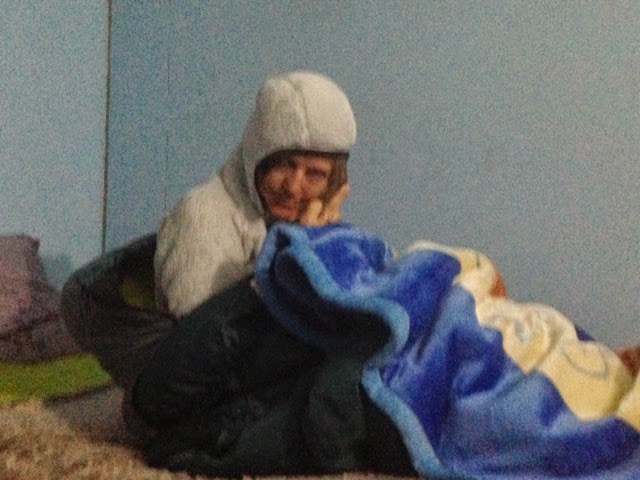 With all the wood burning around the clock Cochrane is extremely polluted. 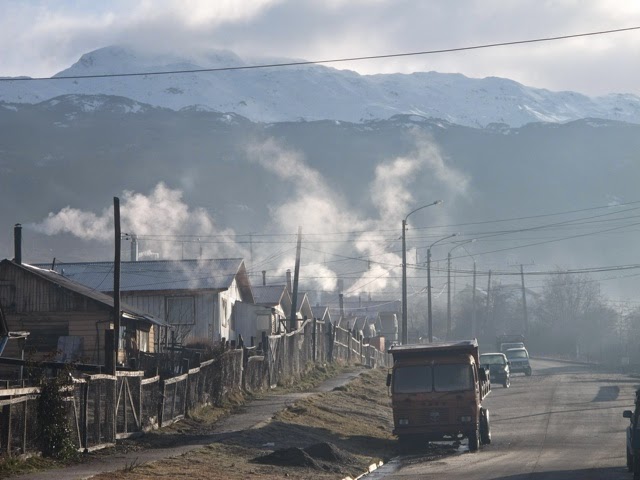 The cold nights and lack of wind keeps the smoke trapped around the town. 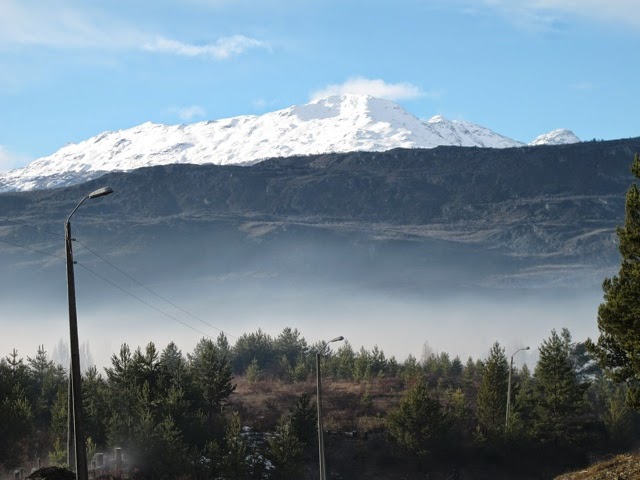 Once you drive out of town you can get a great view of how Cochrane is completeley surrounded in smoke sitting in the valley.
I took this picture of Coyhaique from a plane on my way back north and you can see how much smoke  surrounds Coyhaique too. 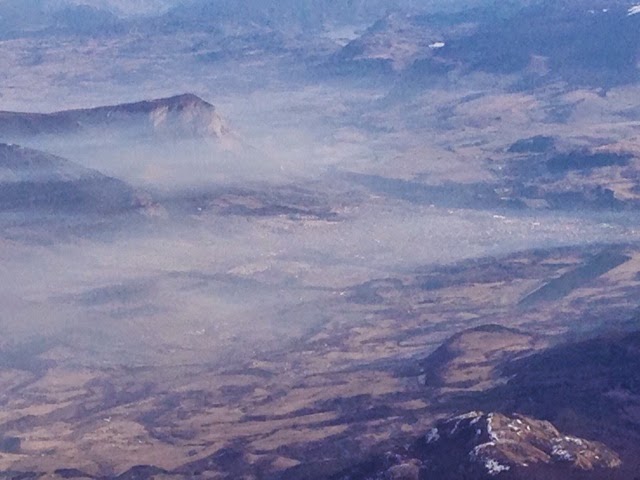 In an interview with Peter Hartmann, the director of CODEFF (The Committee for the Defense of Flora and Fauna) in Aysen, I learned that in Puerto Natales and Punta Arenas the government has subsidized the price of gas to reduce the pollution from burning wood and trash. He said there is a plan to reduce pollution in Coyhaique and Cochrane too, but the government isn't starting until next year. Unfortunately the plan focuses on burning dry wood and switching to different stoves. It's already destined to be a disapointing attempt at solving the problem according to Peter.
Posted by Unknown at 11:56 AM